Confetti burst into the sky. Macon jogged beneath a balloon archway. A collection of friends and family applauded Macon’s arrival.

“In some ways,” said Macon, “it’s more glory than the achievement demanded. But I enjoyed it.”

More glory than the achievement demanded? Let others be the judge of that. Macon, a 72-year-old practicing San Antonio attorney, was celebrated because he completed his 2,000th marathon.

Do the math. Two thousand marathons measure 52,400 miles. That’s enough to circle the Earth at the equator twice, with 2,598 leftover miles.

“It’s unfathomable, unbelievable and beyond incredible that an individual has run 2,000 marathons in their lifetime,” said Dan Cruz, the Rock ‘n’ Roll Marathon Series public relations guru. “Kudos to him. There’s no question of how big of an inspiration he has been to so many runners around the world.” 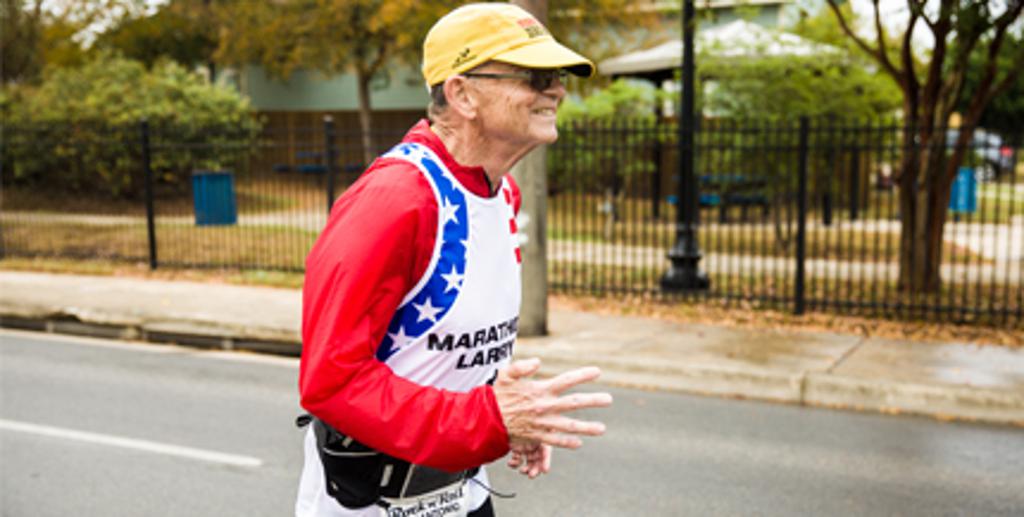 Making Macon’s feat on feet all the more fascinating is that his tale began with a fib. It was a Monday morning in San Antonio and Macon was huddled with attorneys who were regaling each other with how they’d spent the weekend.

One man boasted about playing 36 holes of golf. Another said he swam two miles. Macon had not done anything athletic the past weekend but he glanced at a newspaper, saw information about an upcoming San Antonio marathon and blurted out, “I’m training for a marathon.”

“Let me say, I thought that was the end of that,” said Macon. “I enjoyed it, being outside, but it was painful.”

The pain, though, subsided and six months later he jogged another marathon. In his first six years he ran 12 marathons. Nothing too over the top there. Then he discovered an organization called Marathon Maniacs, which, Macon said, now boats 14,000 members.

A contest was held to determine the Maniac of the Year, to be determined by who ran the most marathons. The founder of the group ran 51 marathons, nearly one a week.

“Is there anybody who can beat that,” the founder said. 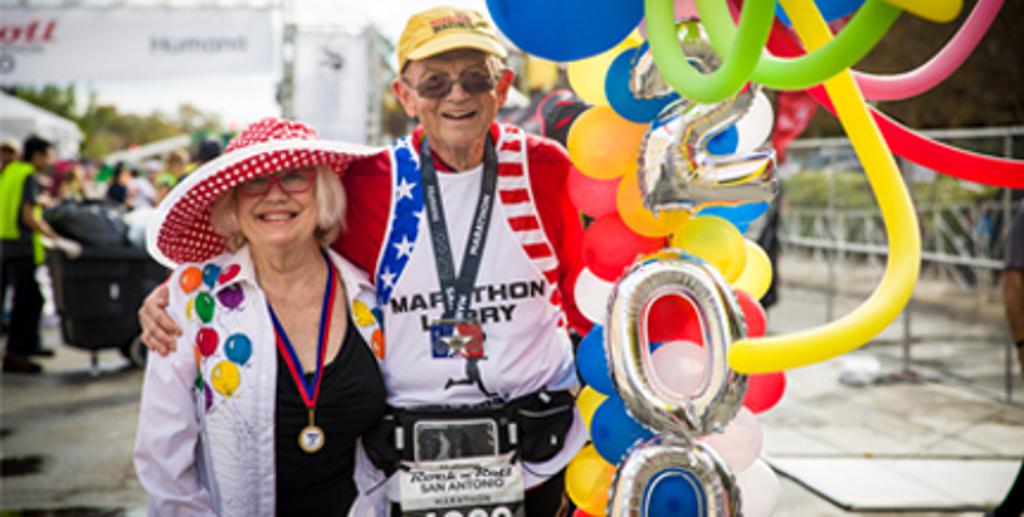 And so the journey began. Macon has set five Guinness World Records for most marathons run in a year, his all-time record being 239 in 2013. He once ran a marathon 30 days in a row. All of which leads to the obvious question: Why?

Why run so many marathons?

“Number one, the people who run marathons are wonderful people,” Macon said. “They’re almost always optimistic, upbeat. I think part of it is you’ve got to be almost crazy to think you can run 26 miles. I enjoy being outside. And the third reason, I am competitive. I’m not competitive on my time, but I’m competitive about finishing marathons.”

Macon is 5 feet, 9 ½ inches tall. He weighs 140 pounds. He’s a vegetarian. He’s been blessed that he hasn’t suffered any injuries of substance. He is supported by his wife of 48 years, Jane Macon. The couple do not have children.

But the main reason Macon has been able to run 2,000 marathons comes down to something very simple.