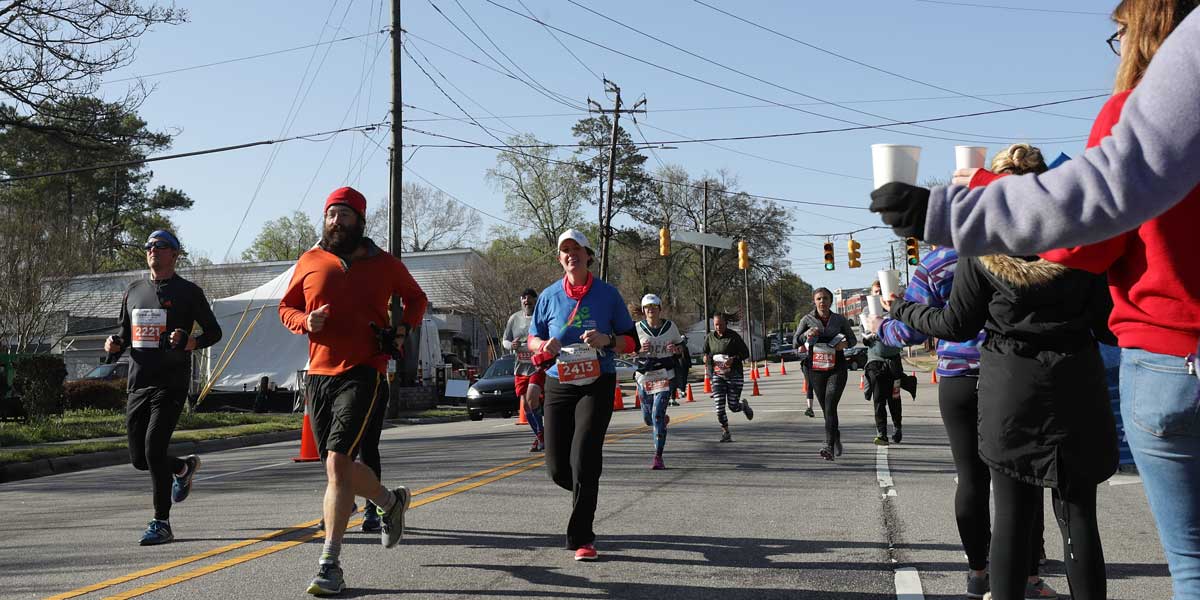 How Much Fuel Should You Take in During a Marathon

Learn how to hone in this key element of racing.

With this being said, the marathon runner needs two things, which I colloquially call “salt and sugar.” Let’s start with the latter. Here is where your simple carbohydrates (sugars) work for you because they rapidly convert to glucose and your body can use them as fuel and help replenish the glycogen stores in your muscles.

Humans burn 700 to 1,100 calories in an hour of vigorous running.  The science we’ve relied upon for decades demonstrates that athletes should replace 1/3 of calories burned per hour. This equates to approximately 230 to 360 calories per hour for most people. About 25 percent of those calories should come from simple carbohydrates. There’s a myriad of race nutrition products to select from. Smart people have already done the work and developed product formulated with all of the necessary ratios of nutrients.

The salt, or sodium side of the equation, is also important. Runners are probably familiar with electrolytes, not realizing that sodium is one of the five key electrolytes. The others are potassium, chloride, calcium and magnesium. Sodium is probably the most important, so I’ll focus mainly on sodium. To put it into perspective, during a hot marathon it’s possible to lose about a liter of fluid per hour.  In a liter of sweat, there is approximately 2 to 3.5 grams of sodium. During marathons, runners should look to replace about 700 to 1,000 milligrams of sodium per hour.

Runners should perform a hydration test during training by weighing themselves before and after an hour of vigorous running.  The difference is how much water you lose per hour. Replace this in ounces of sports drink and water every hour during the race. Remember that 8 ounces of typical electrolyte-enriched sports drink will have about 50 calories, 13 grams of simple carbohydrates and 170 milligrams of sodium. Cups on the marathon course hold anywhere from 4 to 6 ounces depending how they’re filled. Don’t make the mistake of forgetting to count liquid nutrition into your nutrient totals otherwise you’ll consume too much.