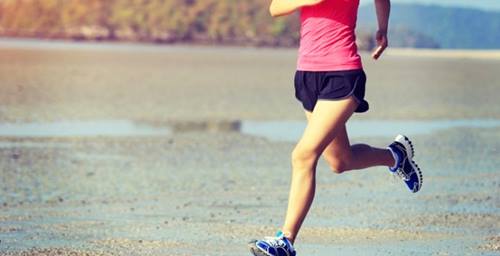 10 Ways Marathon Training Is Different Than Half Training

If you're ready to step it up, make sure you know what you're in for!

Many of you are probably training RIGHT NOW for your first, fifth, 10th or 50th marathon happening this fall. And chances are many of you have run a half marathon or two before committing to the 26.2-mile journey. So you can probably attest to these 10 things that differentiate 13.1 training from 26.2 training, right?

As my Boston Marathon registration date looms, I thought it was important to note these facts about logging those miles for your first marathon.

I don’t know about the rest of you, but when I was in the meat of my training, I wanted to nap—like, all the time. And I don’t nap. But post-long run snoozefests became part of my weekly schedule. That never happened during half training—perhaps because running the appropriate mileage for that race just became part of my regular non-training routine.

3. You obsess about the course more

I don’t think I ever ran one training run along a half marathon course, and many of the ones I did were within 20 miles of my house. But the marathon? I studied the elevation, did my long runs along the route, sought out the actual graffitied mile markers the city sprayed on the ground and had actual dreams about getting lost on the course. I wanted to commit the curves, slopes and scenery to memory.

4. You will have one spectacular, out-of-this-world long run

It’s true—you will have at least one long (like 20+) run that is so damn euphoric, you’re sure you have race day in the bag.

This is also true. You’ll finish. And then you’ll immediately crumble and cry and think you can’t do it and doubt yourself. It will happen, but you also have to remember that it’s part of the training. Your body is being run to points of near-complete exhaustion, so it’s going to protest every once in a while. Follow your fueling plan, and you’ll bounce back in a few days.

6. You obsess over gear choice for race day

A running friend once told me, “It’s your first marathon! You have to wear bright colors and own it!” Yeah, OK—why can’t I wear black shorts? But what about that tank? I didn’t do a long run in it, but it’s never really chafed before. Hat or visor? I need sunglasses…but what if it isn’t sunny? That was still the most I’ve ever cared about my attire, ever.

7. You freak out about bonking

Same here—I never worried about this during half marathons. It definitely happened, but it was so much less severe than the bonk I experienced at mile 20. I wouldn’t say I dragged myself to the finish, nor would I say I was completely defeated. But I definitely kept repeating “Just. Keep. Moving.” in my head for the last 10K. I knew it would happen, I envisioned what I would do. But you really can’t prepare for your first bonk until you experience it.

I did 10-mile interval or tempo workouts twice a week during my training, and soon realized that those Tuesdays and Thursdays started and ended at almost the exact same time and same point on my route every single day. Talk about consistency. I knew the stop sign marked the start of my cool-down; the cross-street heading toward the beach meant it was exactly 5 miles and time to turn around. My body just started waking up at 6 a.m. by itself. People along my route went from quizzical looks—didn’t I see her yesterday?—to acknowledging nods as they realized yes, I was. Those routes became my home for 12 weeks. I started to crave them, and never tired of them. I knew it would get me to the finish line.

9. You will have random emotional encounters with yourself

This one is KEY for me. Whether it’s a song that allows a rotten memory to surface and float out of my head or a point along a run where I recall a happy time that was had, marathon training was basically an organized emotional roller coaster. I thought about people, things, life moments and places I hadn’t considered in years. I probably left more baggage out on the roads during that training than any other time in my life. It was cleansing and totally uplifting. It was necessary and enough reason to do it all over again for Boston.

10. You actually appreciate the off days

When I’m simply a normal crazy runner versus a marathon-training crazy runner, I hate off days. I feel antsy, I feel like I need to sweat, I feel like I can do just one tiny run and it will be okay. But training for a marathon? Nope. You give me an off day, and I’ll absorb it. My fuel for those tough weekly runs was Sunday’s easy 5 and that Monday rest day.