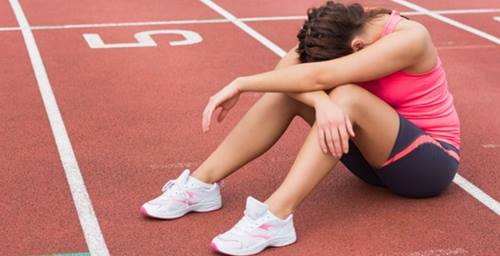 Top 5 Mistakes By Runners in Races

Don't end up disappointed after your next big event.

All too often, runners who've put months of work into their big goal end up feeling disappointed after race day. Read on for five key areas to address before you toe the start line.

2. You Don’t Know What Too Fast Is For You

You’ve heard the advice “make sure you don’t go out too fast,” but what people sometimes fail to understand is that “fast” is relative. Chances are that fast for you is slow for Dennis Kimetto, the marathon world record holder. Part of your race plan should include several race-pace prediction tests including Yasso 800’s or best hour of running power. While you are conducting these tests, you should be able to predict, what pace is perfect for you and what is too fast. One of the more reliable predictors that I use with runners is Jack Daniel’s VDOT calculator.

If your fitness and your predictors say one thing but you have delusions of winning the race and think that you’re faster, get ready for a very tough day when you hit system failure late in the race. Trust your training and don’t waver from it. You simply cannot do what your body is not capable of doing. Don’t allow overconfidence and arrogance to consume you in an attempt to impress your Facebook friends.

4. You Make a Race Nutrition Error

This is particularly the case for races that are over about 90 minutes. With races this long you need two things that I call “salt and sugar.” You need simply carbohydrate and sodium. If everything goes as planned, you need to replace about 1/3 of the calories you burn with about 20-25% of those calories coming from carbohydrates. Also, 8 ounces of typical electrolyte-enriched sports drink will have about 50 calories, 13g of carbohydrate and 170 milligrams of sodium. Runners forget to count this. There are a lot of numbers here, that’s why you should know what YOU need to take in cold and have a foolproof plan of getting it in.

5. Lack of Control of Your Emotions and Impulses Leading to Error

This sums up just about all of the other four mistakes. In order to perform, you need to be psychologically prepared to take on the task. That means embracing the 4Cs of optimal performance: composure, confidence, commitment and confidence. Go into the race with a plan. Focus and commit to it. Know exactly what you’re capable of because you worked it all out. Don’t be motivated by social influence. Have the confidence to know that you did the training, worked out all of the science and numbers and all you