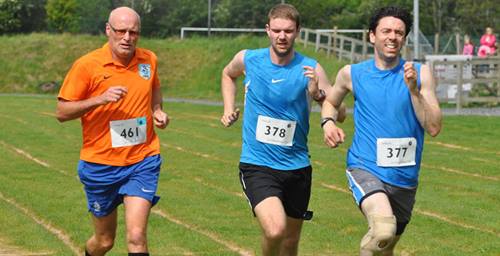 How Well Does Running Fitness Translate to Other Sports?

Runners can help round out their fitness by trying a variety of sports,

If you’re familiar with CrossFit Endurance, you know that one of its claims is that runners can improve their long-distance race times while reducing their weekly mileage. The theory, according to CrossFit, is that by increasing muscle mass through powerful, explosive movement, you’ll have the strength for the long haul.

Right or wrong, CrossFit is onto one thing: By working some of the muscle groups you might not otherwise work in running alone, you stand to make improvements.

Runners, while incredibly fit from a cardiovascular standpoint, tend to have several common weak spots: balance, upper body strength, and hip and glute strength. One reason is that running only works one plane of movement. Lateral movement — which comes more from sports like tennis, soccer, lacrosse and even football — is missing in running, and so too is the ability to activate some of these related muscles.

It pays for runners to engage in other sports that do work these movement patterns and muscles. Aiming for better all-around fitness can only help a runner perform better and avoid injury.

How does running translate to other sports? It depends. Running is one of the best activities for overall cardiovascular fitness and raising an athlete’s VO2 max. Running is an ideal exercise to mix with sports like basketball, tennis and even cycling, where a big cardiovascular machine means that athletes can hang longer and often faster.

Interestingly, sports that also involve upright, weight-bearing movement are your best bets for enhancing running, and vice versa. So swimming — while one heck of a great cardiovascular workout — won’t help you much as a runner, nor will rowing or even cycling. Running, however, can help those sports, which is one reason you’ll often see these athletes using running for training.

The bottom line: Runners can only help themselves by becoming fitter all around with a variety of sports and activities, and athletes from other sports can improve their game by making running a part of the regimen.