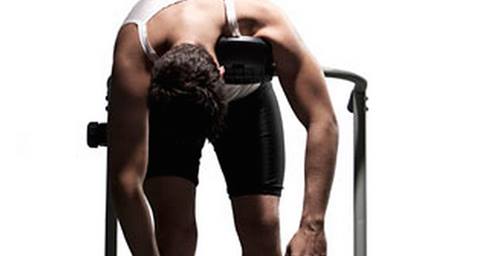 Why Does Treadmill Running Feel Harder Than Outside?

A collection of theories for why indoor is a slog.

For some folks, treadmill running always feels easier than when they hit the road. And for some, it just feels the same. For others, like me, it often feels harder — and not just mentally.

Studies back this up: Runners have been instructed to run around a track, then run at the same effort on the treadmill. Their times on the treadmill were significantly slower.

Here are some theories why it feels like we’re exercising harder on the treadmill than when we run outside.

Stride length: Running on a moving belt is not the same as running on pavement, where you naturally shorten and lengthen your stride at different intervals depending on your speed and what the ground is like. If you’re shortening or lengthening your stride on the treadmill without even knowing it, that could be a factor in why you feel like you’re working harder to keep the same pace as outside.

Constant pace: Treadmill running progressively feels harder for me over time, even if I’m sticking with the same pace. That could be because running at the exact same speed for however many minutes is more taxing on the body than the natural speeding up and slowing down we do on the roads based on hills and other variables.

Monotony: It’s no secret why many runners call it the dreadmill – running on a belt gets boring after a while, even if you’re watching TV or listening to music. That becomes hard not only mentally but physically as the workout wears on.

Calibration: Some folks will point to calibration of the machines as a reason why their workout might feel harder at the same pace they keep outside. Just because the treadmill says you’re running at an 8-minute mile pace doesn’t necessarily mean the machine is hitting that exact rate. I find this probably the least likely reason treadmill running feels harder since you’d get some machines where an 8-minute pace was actually slower and therefore should feel easier, not harder than the outdoors.

Quads vs. hamstrings: The way the treadmill belt propels you forward means you use less of your hamstring muscles. Your quads do most of your legwork instead, meaning you’re working them a bit harder than if you were outside. Perhaps this change is enough to mess with your natural running gait and make your effort seem harder.

If you spend any time running on the treadmill, you should consider your perceived exertion and your breathing rate instead of focusing just on your minutes per mile. That way you won’t feel like you’re underperforming just because your pace is a bit slower than outside. And if you’re one of the lucky ones who feels the treadmill is easier, then you can pick up the pace inside to match your level of effort outside.