Looking for fitness, fun, friendship, and adventure? Try getting off the beaten road.

As much as we love road running, let’s face it: there are times it can become a grind. From the relentlessness of pounding the literal pavement (hello, injuries) to the same old-same old of your local out-and-back, it’s common for runners to occasionally suffer from Groundhog Day syndrome. (If you’re someone who logs a lot of miles on a treadmill, substitute hamster for your favorite rodent comparison.)

Thankfully, there’s a cure for the burn-out, injury, and boredom that road running has been known to cause. And best of all, it’s cheap, simple, and often right out your back door.

Trail running is the simple act of lacing up your shoes (OK, you might need a new pair...) and hitting anything but the pavement. If there’s a grassy knoll, a gravel trail, a peaty path or a rocky escarpment near you, the joys and physical benefits of trail running await.

We talked to four experts to find out how the simple act of taking your favorite activity off-road can help heal your body, invigorate your training, and boost your mindset. 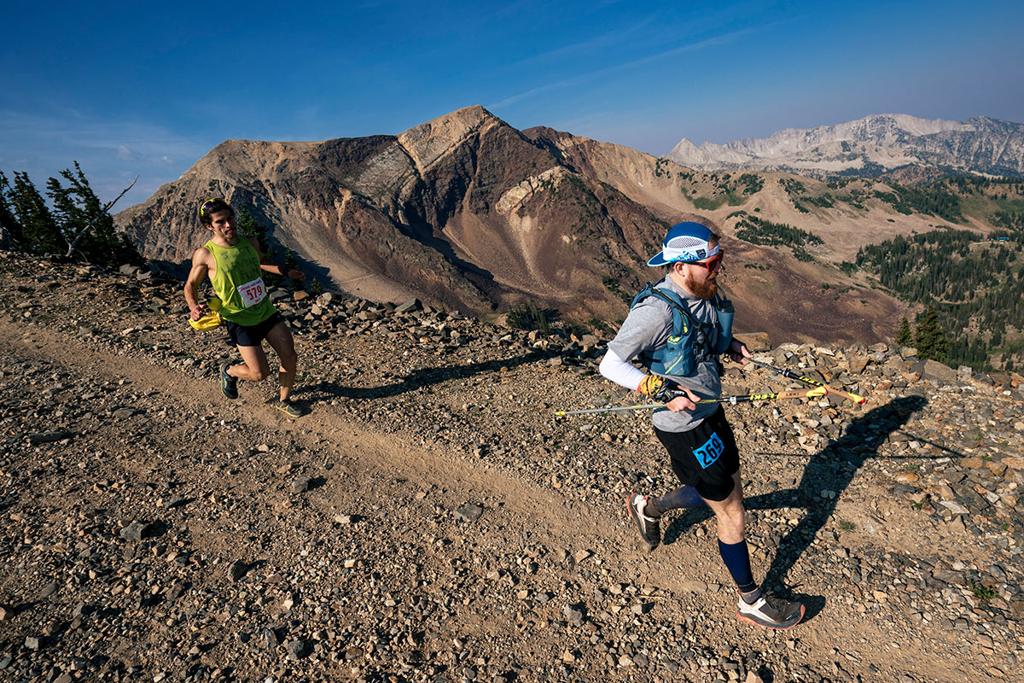 It will make you a better athlete

Trail running, as a companion to your run training or other main sports, can stand in as the quintessential “cross training” activity. If your aim is to become a faster, stronger, and more agile runner, trail running is simply a fantastic tool to add to your arsenal.

“You sometimes don’t know that you’re lacking in “running strength” until you get out there on the trails,” says Paul Huddle, Sr. Director of Global Trail Running Operations for the IRONMAN Group and Western States finisher himself. “You have to adapt to the terrain rather than assert what might be neuro-muscularly patterned from your normal terrain. You start to learn how to gauge your effort and find other “gears” compared to what you’re accustomed to.”

He adds that because of the unevenness of the surfaces in trail running (think sand, rocks, roots, and mud) runners have to actually look where they’re going to avoid twisting their ankles, and decide on the go how to move efficiently. This means that your body learns to physically adapt to moving in all directions, which trains and builds the muscles of the legs in a more varied way.

Anna Mae Flynn is an elite runner who has won the Speedgoat 50K at Utah’s Snowbird ski resort twice and holds the third fastest women’s time. She adds that there are general improvements in the strength of stabilizer muscles, balance, and overall neuromuscular benefits from running a variety of terrain.

“A single trail run may involve sprinting, jumping and rapid cutting, stimulating fast twitch fibers, developing lower body strength and explosive power,” she says. “A seasoned trail runner will also find that their glutes, quads, calves and core adapt to this type of training stimulus, and they will become stronger and more efficient on varying slope gradients and terrain.”

In addition to strength, Flynn says the diversity of a trail’s gradient, technical components and altitude can increase cardiovascular fitness.

It will keep you injury-free

According to Flynn, another added bonus of trail running is that your gait and foot strike will be slightly different with each stride, meaning you will spread the impact over a range of muscles reducing your risk of injury.

Alysha Krall is a coach and ultrarunner herself who specializes in ultrarunning. She says trail running can help a runner stay injury free by giving their body a rest from the hard pounding of the road. “If a runner is prone to injury, shin splints, stress fractures, etc., then running on a soft trail surface often is something that can help extend their season and/or career,” she says. 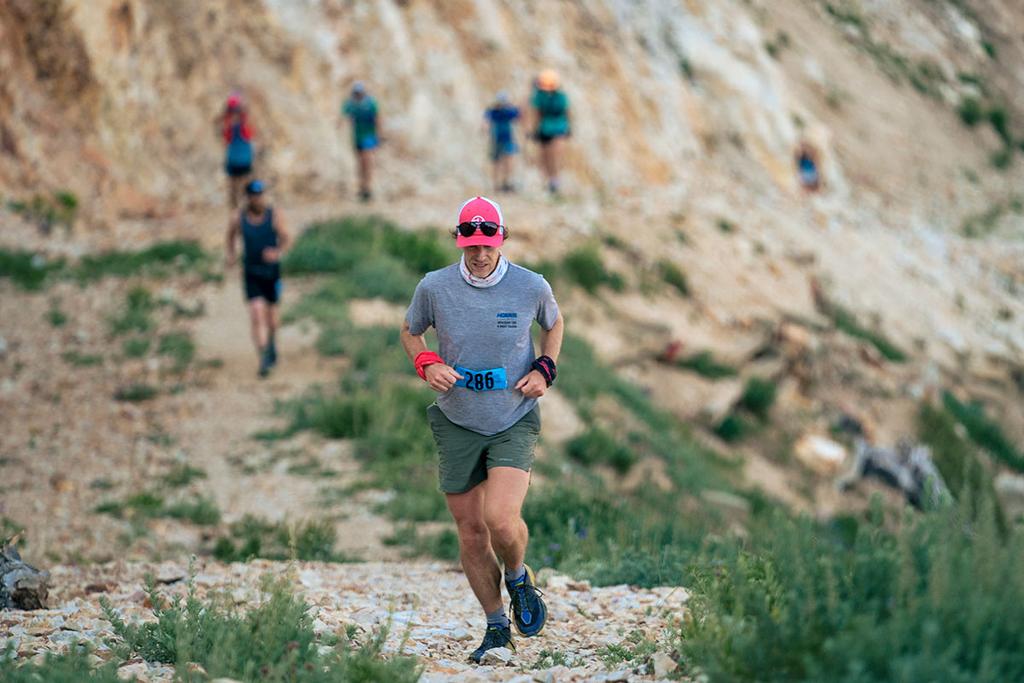 It will change your mindset

The benefits of taking your running off-road go beyond the physical. The same reasons that people like to hike or sit by the ocean show up in trail running, too.

“What trail running can do for you mentally and emotionally is truly individual, but personally, it has been a true refuge,” Huddle says. “Once I discovered it very early on in my running, it became my favorite kind of running. From a passion point of view, trails were always the place I’d rather run.  Whether it’s somehow related to communing” with nature or running somewhere you otherwise wouldn’t have access to, trails offer another level of running sanctuary that is different to what you experience on the roads.”

"In my experience, people who make trail running a part of their daily routine will find that they gain improved mental, emotional and spiritual health,” Flynn adds. “The endorphin boost and satisfaction of exploring your local trail network or seeking out a wilderness route heightens your senses and reconnects you with the landscape.

It will free your focus

As runners, it’s easy to zero in on things like pace, weekly mileage, and personal records. But trail running has a way of shifting the target to more intangible aspects of running.

“There is the challenge of completing these long races, there is the competition, the community, the adventure, and the experience you have with nature,” says Peterman. “I love competition, but with trail I've found I love the process of getting outside and exploring just as much as competing.”

“Too often we get caught up in the numbers,” says Krall. “The numbers tell us how fast we ran, our heart rate, distance, how fast others ran the same segment—the list goes on. Trail running is one workout where we don’t care about the numbers. All trails are created differently, some more technical than others, with different elevation profiles and different altitudes. Because of this, the best and most freeing way to run on trails is by perceived effort—leave that data crunching mindset in the car.”

“Trail running means leaving the normal indications of pace behind and allowing you to be more present with ‘just running’ says Huddle. “Sometimes that can mean being reduced to hiking when it’s too steep to run or carefully tip-toeing down steep, technical descents.” The result? stronger legs and a refreshed outlook. 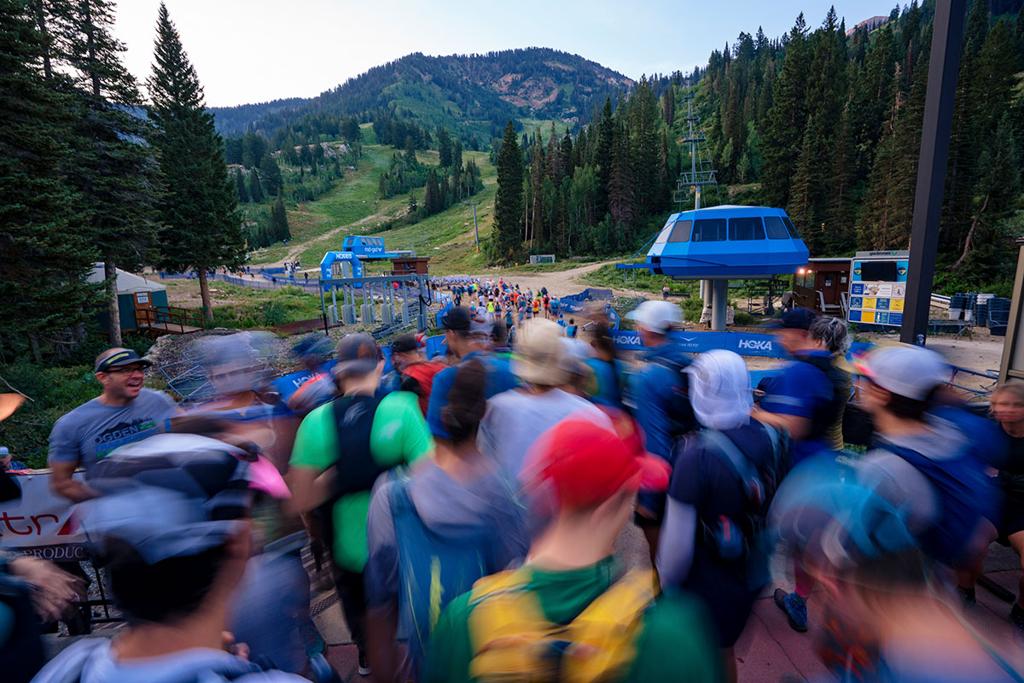 It will connect you to others

“I have come to value the social networks within the community of trail runners,” says Flynn. “As a whole we are supportive of one another and come together to celebrate each other’s achievements at trail races around the globe.”

Flynn adds that if you identify as a runner but haven’t tried trail running yet, that she would highly recommend it if not just for the physical benefits but also for the mental, emotional, spiritual and social benefits: “The sport of trail running has space for everyone,” she adds.

Krall agrees: “The best way to describe trail running to non-trail runners is ‘freeing!’” she says. “For those who’ve never experienced running trails and the freedom it can bring into your athletic and everyday life—what are you waiting for?”

We couldn’t have said it better ourselves.

Ready to get started in your first trail race? Check out Speedgoat Mountain Races and Canyons Endurance Runs by UTMB. Both are perfect races for everyone, from seasoned trail runners to first-timers!